Will Smith’s Reputation Takes a Hit

The buzz around the Oscars this year has been emotional for all the wrong reasons. The emotional expressions haven’t been about great performances, the fulfillment of life-long dreams or the celebration of creativity. Rather, the buzz this year has been all about the emotion driven actions of Will Smith.

For those readers who haven’t seen the footage, in response to a joke made about his wife Jada, Will Smith ascended the stage at the Oscars and physically assaulted Chris Rock on live television. Smith returned to his seat and aggressively shouted profanity at Rock on-stage threatening the comedian.

The public spoken reaction to the incident has been mixed, with some expressing disgust and some defending Smith’s actions. We wanted to know how people really felt about the incident without relying solely on what they were eager and able to report in a survey or an interview.

So, we employed RAPID Subtext, a communications testing product that combines changes in the implicit mind with moment-by-moment emotional expressions on the face, to reveal the emotional engagement and implicit influence of the moment on perceptions of Will Smith.

The results show that the moment was one of the most engaging, and most profoundly negative, emotional reactions to 45 seconds of video content. The influence on Smith’s image is best described as drastic damage. Smith declines in all three positive associations, and rises in all negative associations tested. Smith is seen as less funny, less stable, less strong and simultaneously, more scary, more disgusting and more shameful by the US general public after a single viewing of ”the slap”.

Will Smith is immediately seen as:

Will Smith’s assault of Chris Rock is seen as scary, disgusting and shameful.

Will Smith is immediately seen as:

Change in implicit appeal for Will Smith is directly related to his expressions of anger.

Sentient Decision Science is honored to be invited to present at this year’s Global Produce & Floral Show in Orlando. Our relationship with the International Fresh Produce Association (IFPA) has been very rewarding, and the research we provide is... 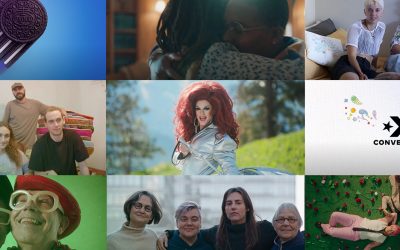