By Aaron Reid
February 8, 2016
Our latest results from the Consumer Subconscious Research Lab are in, and we’re showing significant impact for Hillary Clinton from her advertising.
In this spot, Clinton emphasizes her ability to defeat Republican candidates.
The ad flow effectively combines elements of attack on Republican candidates as the set up of the problem facing voters who might consider Sanders, and then the ad turns powerfully to the solution, which is Clinton and her tested experience getting things done.
Overall, Clinton is trailing Sanders in New Hampshire both explicitly and implicitly. Her Sentient Prime implicit emotion score is positive, but trails Sanders by 10 points. Interestingly, exposure to Clinton’s ad boosts perceptions among several key groups (non-mutually exclusive).
Among registered New Hampshire Democrats, exposure to the ad boosts implicit positive emotion for Clinton to levels nearly equivalent to Sanders. 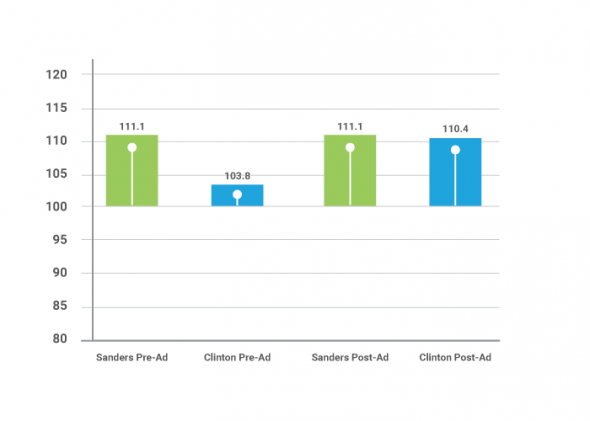 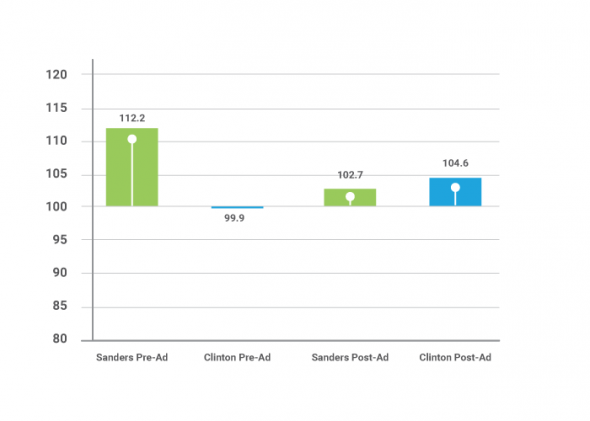 Finally, among the all important “undecided voters,” the ad shows the most dramatic effects. Exposure to the Clinton ad reverses sentiment from positive to negative for Sanders, and gives a significant boost to implicit perceptions of Clinton. 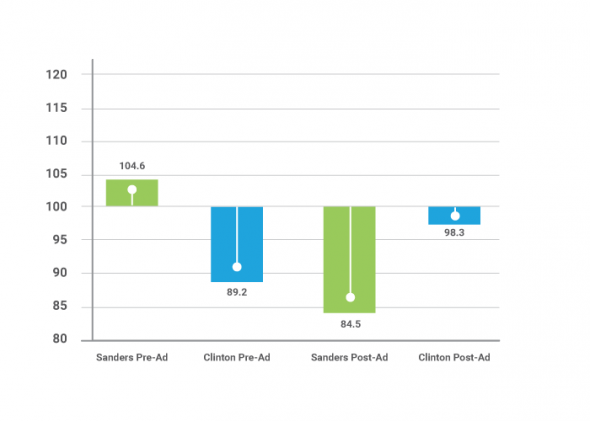 While the outcome of the New Hampshire primary may still favor Sanders in the short term, the results of this implicit ad test suggests that the Clinton messaging is on target and may serve the campaign well in the coming months. Of course, ads need to be tested among the target population of interest.

An ad playing well in New Hampshire may or may not have the same emotional impact in South Carolina. Check back in to the Sentient Blog to see how candidates are touching the emotions of voters in the upcoming primary states.