The Politics of Emotion and Reason: An IIeX 2016 NA Presentation

Imagine if we could accurately predict how the emotional tug of war for the hearts of voters will be won and lost in election years.

By integrating implicit and explicit techniques we can create a model of decision making that provides extremely accurate forecasts, he explained at IIeX 2016 NA.

During primary season we used Sentient Prime implicit research technology to test people’s emotional associations of the candidates before and after exposure to political ads. We used a 0-200 implicit scale, a positive to negative emotional spectrum, where numbers above 100 tend to be positive and those below 100 are negative. The degree of the bar shows you strength of the association.

Here is an ad for Hillary Clinton we tested:

Self-described liberals in Iowa charted a 125 index score for Bernie Sanders before being exposed to Clinton’s ad. After exposure to the ad Sanders’ score dropped to 105. Conversely, Clinton started at an 89, in the negative emotional territory, and got a boost into positive territory after the ad.

These tests tell you how people are reacting on a gut level to the candidates before or after exposure to advertising. If you’re wondering how the technology might apply to consumer products, Dr. Reid covered that too.

Consider the Most Memorable New Product Launch Survey, a study we conduct annually with Schneider Associates.

The MMNPL study features feedback from a national, census-balanced sample of consumers. It identifies the most memorable new product launches of the year and highlights the latest trends in consumer purchasing behavior and media consumption.

Elections have a tremendous impact on consumer recall. Only 50% of consumers on average can recall—unprompted by examples—a single new product launch. In the past two election years, that number has dipped to as low as 31%.

So how do you break through in an election year? Dr. Reid prescribes three words: puppy, monkey, baby.

“Anyone remember that ad?” he asked with a smile. The IIeX crowd laughed a hearty acknowledgement.

It’s been difficult to forget Mountain Dew’s strange Super Bowl spot. Four months after the big game, it has over 40 million online plays. Back in February it had 715,000 social actions (shares, likes, etc.) and was the number one Super Bowl ad, capturing 6% of the digital share voice.

“These behavioral outcomes are really important,” explained Dr. Reid. “We call it social contagion of an ad. And we want to be able to predict whether an ad will become viral.”

While the #puppymonkeybaby ad got a lot of attention, it was quite polarizing in terms of sentiment. We tested it implicitly and, overall, the ad received an average score of 105 for emotional sentiment. But when we isolated the target audience of the ad, the three millennial males sitting on the couch, the score was much more positive. 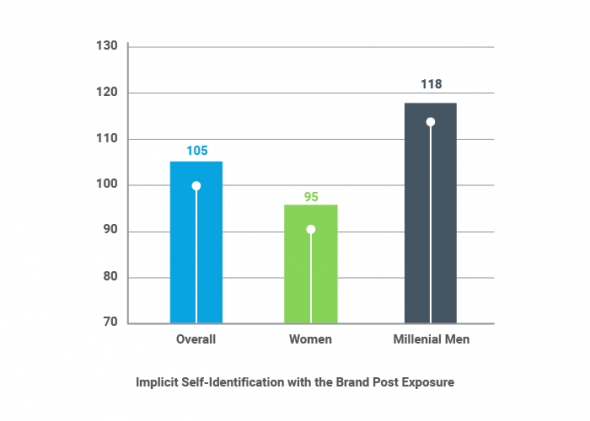 Clearly, the ad resonated with something in them emotionally.

“How do you actually measure non-conscious associations with brands or products or packaging?” Dr. Reid next asked.

Sentient Prime is an implicit research technology that measures emotional associations. Dr. Reid illustrated by showing the audience how users sort two emotions, excitement and disgust, on the platform. The technology first measures how quickly the user makes those judgments. After creating a baseline for the individual, you introduce a prime—like an image of Hillary Clinton—and observe how the prime influences the user’s ability to make the judgment.

It is a true non-conscious measure because users aren’t asked to say how they feel about Hillary Clinton, they’re primed with Clinton and asked to make a judgment on whether a word is related to disgust or excitement. If a user loves Clinton and is shown “disgust,” it takes him longer to sort the emotion. If the user loves Donald Trump and is shown the word “excitement,” he’s able to sort the emotion more quickly.

“We time you down to the millisecond, we measure whether you get it right or wrong, and on mobile devices we measure the velocity of your swipe,” Dr. Reid explained. “This is an indirect, non-controllable, not deliberate self-assessment of the brand. It’s a true implicit measure.”

Though implicit techniques can capture unique and valuable insights, a combination of system 1 and 2 is truly a more accurate method of predicting consumer behavior.

Dr. Reid presented case studies with actual in-market behavior, either social contagion for an ad or sales behavior, for a product. In four different tests done for a fashion retailer Sentient uncovered rare correlations would not have been distinguishable using implicit or explicit methods alone.

Could this apply to political predictions? Could we use a combined model to predict the “horse race?”

“Predicting political polling is actually quite difficult,” said Dr. Reid. “One of the unique things about political polling is that world events can change sentiment very quickly. You’ve got to make sure you’re doing your measurement directly before the voting. Primary season offers us a unique opportunity to test and validate.”

Every week we have a new primary where we don’t know the outcome, he explained. If we make a measurement directly before the voting then observe the outcome we have a pure, a priori prediction and then a behavioral outcome that tells us whether it’s validated or not.

Sentient did this for 14 of the primaries. The combined System 1 and System 2 model was more accurate in 80% of the cases.

Concluded Dr. Reid: “There’s a lot more work that needs to be done, but this is really encouraging.”

Behind the Scenes: Making Sentient Expression

Serving popcorn in pop-up movie theaters in Amsterdam and Austin. Glad handing new and old clients at our booths in London and LA. Giving away movie theater candy from San Antonio to Toronto. At the beginning of 2020, that was our plan. We kicked off...

A 2020 Love Story – Examining a Match Made In Hell

Ryan Reynolds and Taylor Swift join forces to create a new Match ad “Match Made In Hell”, that got over 2 million views on YouTube in the first week it appeared. A unique love story that could have only happened in 2020. The ad stars Satan himself...

CMO Club Roundtable – The Science of Knowing Your Customer’s Emotions

In these unprecedented and historic times, understanding and respecting your customers’ feelings has never been more important—or possible. Behavioral science is now a top research tactic used to give brands the ability to understand how customers...