By Sentient Decision Science, Inc.
January 14, 2010
Paranormal Activity. Everyone has heard of it, most people have seen it, but how has it been so successful? It started as a low budget horror film, shot for only $15,000, and has turned into the most profitable film of all time, grossing more than 100 million dollars in the US and Canada alone.
Oren Peli, the writer and director, initially got the idea for the film after he moved into a suburban house with his “then” girlfriend, Toni Taylor. When they began hearing noises at night, Peli got the idea to set up a camera at night to see if they caught anything interesting on film—this, then, turned into Paranormal Activity.
After writing the movie, Peli and Taylor remodeled their house, putting in new hardwood floors, rearranging their bedroom, hanging pictures on the walls, etc., and cast the film. The entire film was shot over seven days in 2007 with only the actors, and three crew members, Peli, Taylor and Amir Zbeda, one of the Peli’s best friends.
Once the film was made, Peli screened it at Screamfest, a boutique film festival for cult followings and homemade horror films held each October at the legendary Chinese Theatre on Hollywood Boulevard. At this festival, Steven Schneider took notice in the film, shared it with his colleague, producer Jason Blum.
Eventually the president of production at Paramount Picture, Adam Goodman, saw the film and scheduled a limited release in the fall of 2009. What happened next is a bit mystifying. The film was initially released on September 25, 2009 in seven cities throughout the US, then expanded to an additional 12 college towns, then 20 more cities and finally on October 16th, after less than one month, the film was released nationwide.

This expansion of the film was driven solely by viewers. Paramount announced that if the film received 1 million hits on the Internet where people “Demanded It” for their town, they would release the film nationally. Paranormal Activity marks one of the first films to successfully use viral marketing and integrate social media into their advertising.
Viral marketing is a type of marketing that uses social networks and social media to increase brand / product awareness. This type of marketing relies on individuals passing information on from person to person, “infecting others” so that ideas spread rapidly, like a virus. The idea is that information will become more prolific as people tell more and more of their friends.
To create this campaign, Paramount teamed up with Eventful.com, a website that allows fans to actively participate in an online fan base. The “Demand It” feature on the website, www.paranormalactivity.com, allowed viewers to request the film in their area. This provided Paramount with information about viewers’ date of birth, and their location. With this information then, Paramount could determine which cities would likely have the best response to Paranormal Activity. Using this type of information, Paramount was able to determine what cities would be included in the initial limited releases of the film.

By having Paranormal Activity advertised as the “first-ever major film release decided by YOU,” viral marketing was used in conjunction with social media to gain notoriety. Viral marketing of the film also included an interactive website, where on one section viewers could type in one word describing the movie. This word would then be shown on repeat with other viewer comments. Paranormal Activity also used social networking tools such as digg.com, reddit.com, StumbleUpon.com, delicious.com, facebook.com and twitter. Fans could even “tweet their screams” directly from the Paranormal Activity website.
Some have argued that this campaign was simply propaganda—that the studio only was pretending that the viewers could actually influence the distribution of this film. Megan Colligan, co-president of domestic marketing for Paramount though, insists that had this film not been demanded, it would not have been released.
But what ultimately made the film so successful? Because trailers for Paranormal Activity on the website and television showed only the reactions from screenings, intrigue led those who viewed it to go to the website to learn about the film, and subsequently “demand” that it be shown in their area. Because trailers and the website included limited information, individuals became curious and “demanded it” because they wanted to see what the hype was all about. One potential reason this film was so successful in theaters is because a movie like this had not been made since the Blair Witch Project in 1999. Paranormal Activity has a similar premise in that it was filmed to replicate a documentary—what made it so scary was that it looked like it was a true story.
After the film was released nationally, Paramount mounted another campaign where those who “demanded” the film could be included in a Special Thanks section of the credits when the film was released on DVD. To be included in this section, viewers had to once again go onto the website and enter their personal information, which would then be shown in the credits. Through the use of a viral marketing campaign, extensive social media and word-of-mouth, Paranormal Activity has illustrated how films can successfully utilize burgeoning technology to advertise and drive profits.
Sources:
Chaney, Jen. “The Sum of All Fears: Behind ‘Paranormal’s’ Big Numbers.” The Washington Post, October 15, 2009. <http://www.washingtonpost.com/wp-dyn/content/article/2009/10/15/AR200910152325.html>
Hampp, Andrew. “How ‘Paranormal Activity’ Hit It Big.” Advertising Age, October 12, 2009. <http://adage.com/madisonandvine/article?article>
O’Carroll, Eoin. “How ‘Paranormal Activity’ became the most profitable movie ever.” Horizons blog, October 30, 2009. <http://www.csmonitor.com/Innovative/Horizons/2009/1030/how-paranormal-activity-became-the-most-profitable-movie-ever> 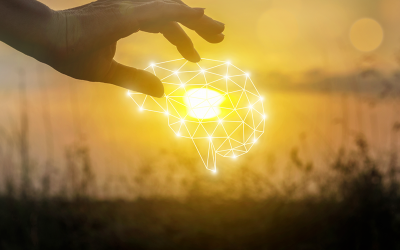 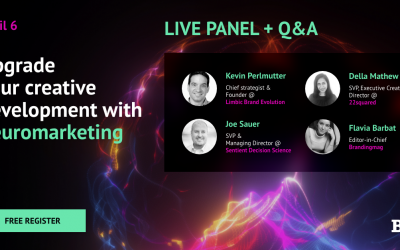 Join us at Brandingmag’s Masterclass

Join us at IIEX North America 2022