What’s in a Frame?

Framing effects are one the first principles you learn when studying behavioral economics. Kahneman and Tversky introduced the concept to our discipline in the 70’s. It turns out that people will make different decisions, using the same objective information, depending on whether the outcome is framed as a gain or loss.

600 lives are at risk. You’re the decision-maker and you have 2 options, which would you choose?

Options A and A’ are objectively the same. But emotionally, they are far from equal.

In the gains frame, the majority (72%) of people choose Option A (200 people will be saved). However, when framed as a loss only 22% of people choose Option A’ (400 people will die). These findings gave rise to a rich literature on the importance of framing in determining choice behavior including the principles of loss aversion, risk-seeking versus risk-aversion, and the formed the foundation for Tversky and Kahneman’s influential Prospect Theory of decisions under risk.

In a recent study on the emotional experience of watching Presidential debate recaps, we found evidence of how a simple frame (media network source of the information) on the recap highlights can have a dramatic effect on the expression of an emotional experience by viewers.

The design was simple.

In this video you’ll note the dramatic difference in viewer expressions during the viewing of the same 2-minute recap by CNN of the first debate.

The first moment of note (:30) is the divergence of emotional expression between the two groups when Trump says “you just lost the left”, and Biden’s response “folks do you have any idea what this clown’s doing?”. Without the CNN logo as a frame, this exchange results in negative emotional expressions on the faces of viewers, however, by simply overlaying the CNN logo as a frame for the information, we see a dramatic rise in positive expressed emotion after Biden’s response.

From that point on, you’ll note that the emotional expression of the viewers in the CNN frame condition are consistently more positive than viewers in the condition that have no frame on the source of the information. Also of note is difference in emotional expressions when Chris Wallace asks Trump is he is willing “to condemn white supremacists”. Those in the CNN frame condition respond positively, especially when Biden says “do it!” (1:32), while those in the condition without the CNN logo express negative to neutral reactions.

This evidence suggests that the mere frame of the same information can have a significant effect on the emotional experience and expression of that experience.

You may be asking, does that difference in emotional experience lead to differences in preference for the candidates after the experience. You bet it does. 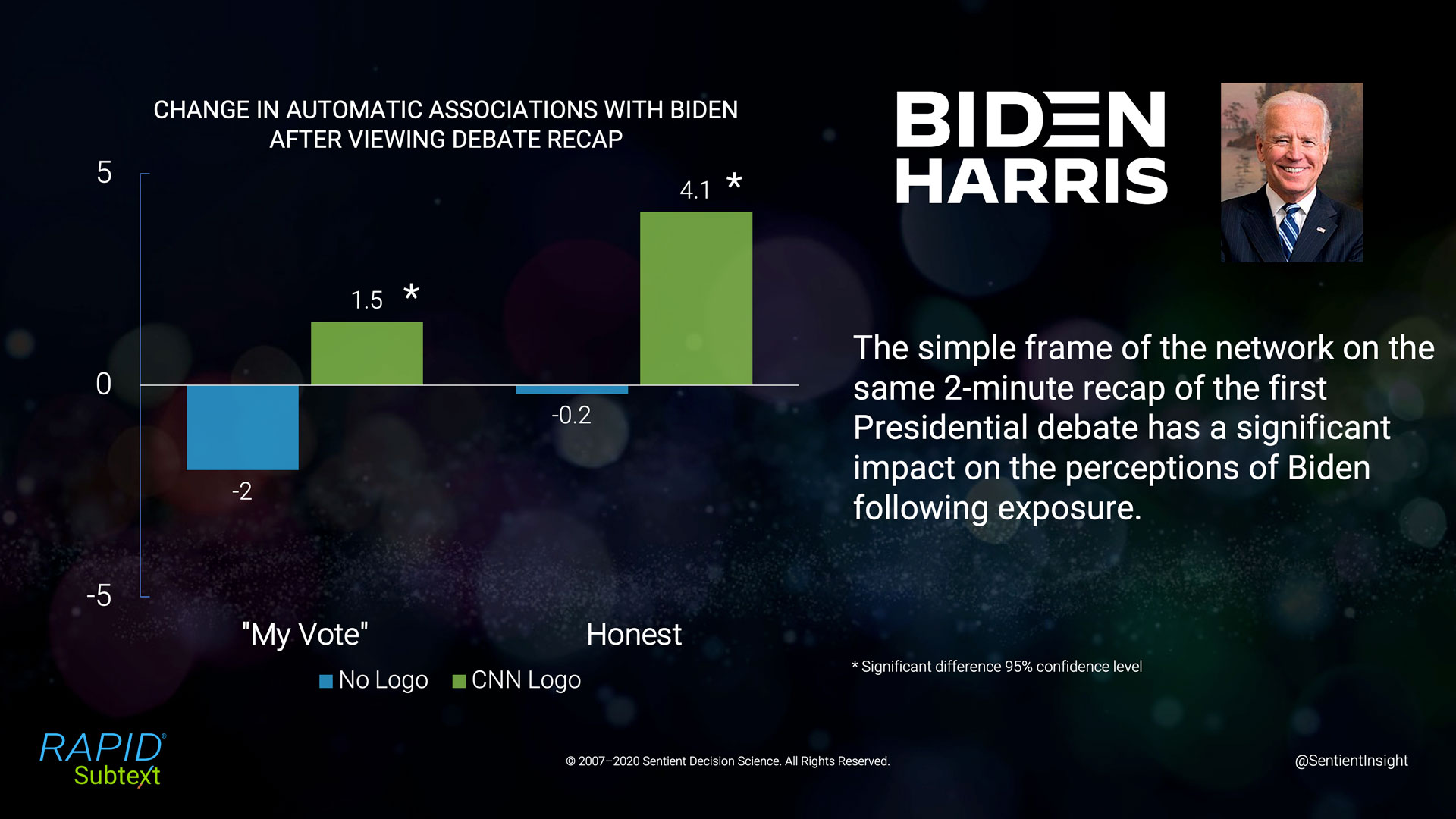 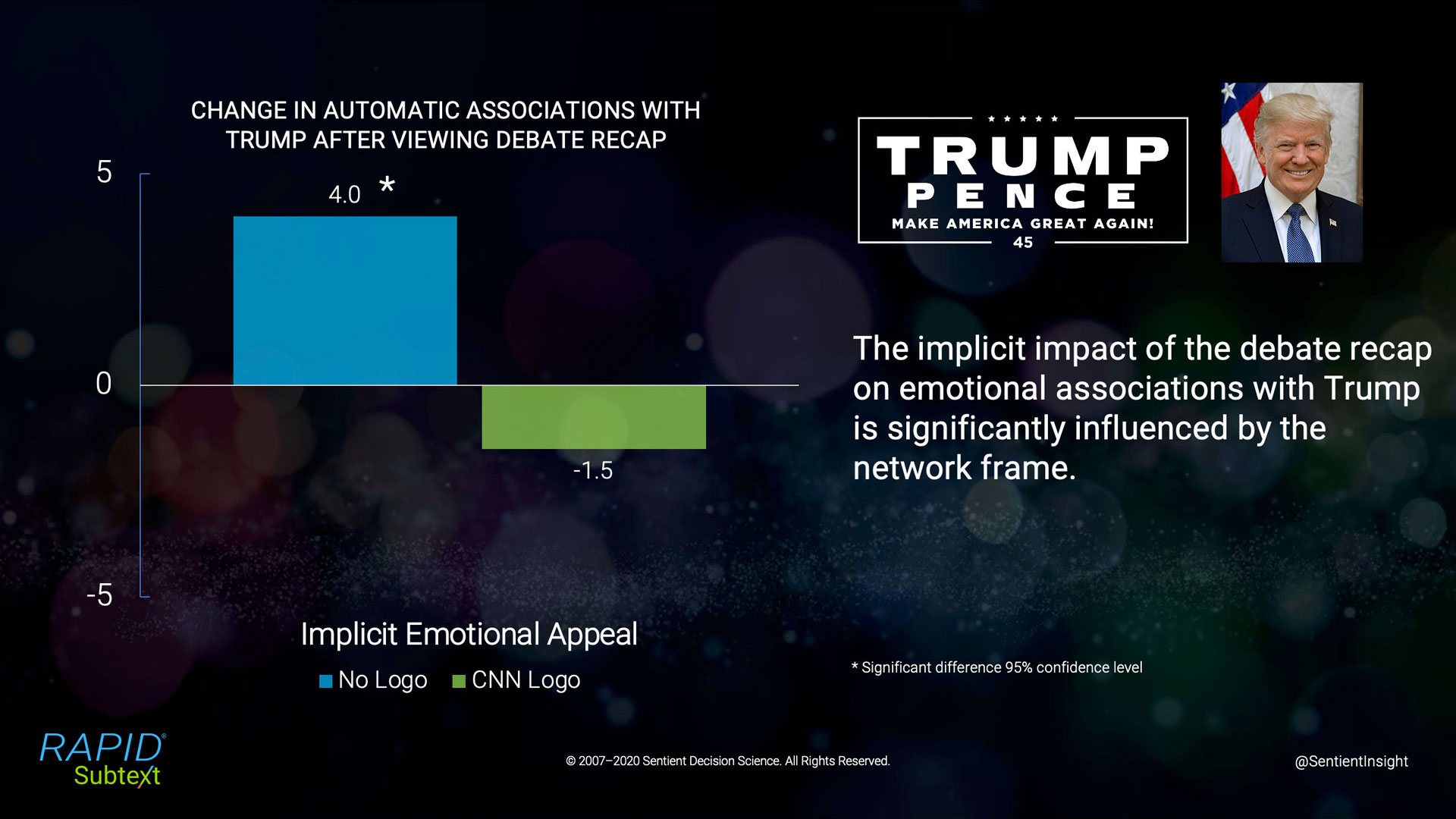 Importantly, we see the reflection of those results for Trump. Trump loses 2 points in implicit emotional appeal when the CNN logo is present, and gains 4 points when it is absent.

So, what’s in a frame? What if that isn’t the right question? If we really want to know how our media is making people feel, the more important question may be “what is the frame?”.

To learn more about how framing can influence viewers reaction to your media, reach out to us.

Sentient Decision Science is making an impact on the MRX industry. Learn about our research and the success stories we share with our clients from around the globe.

THE IMPACT WE MAKE 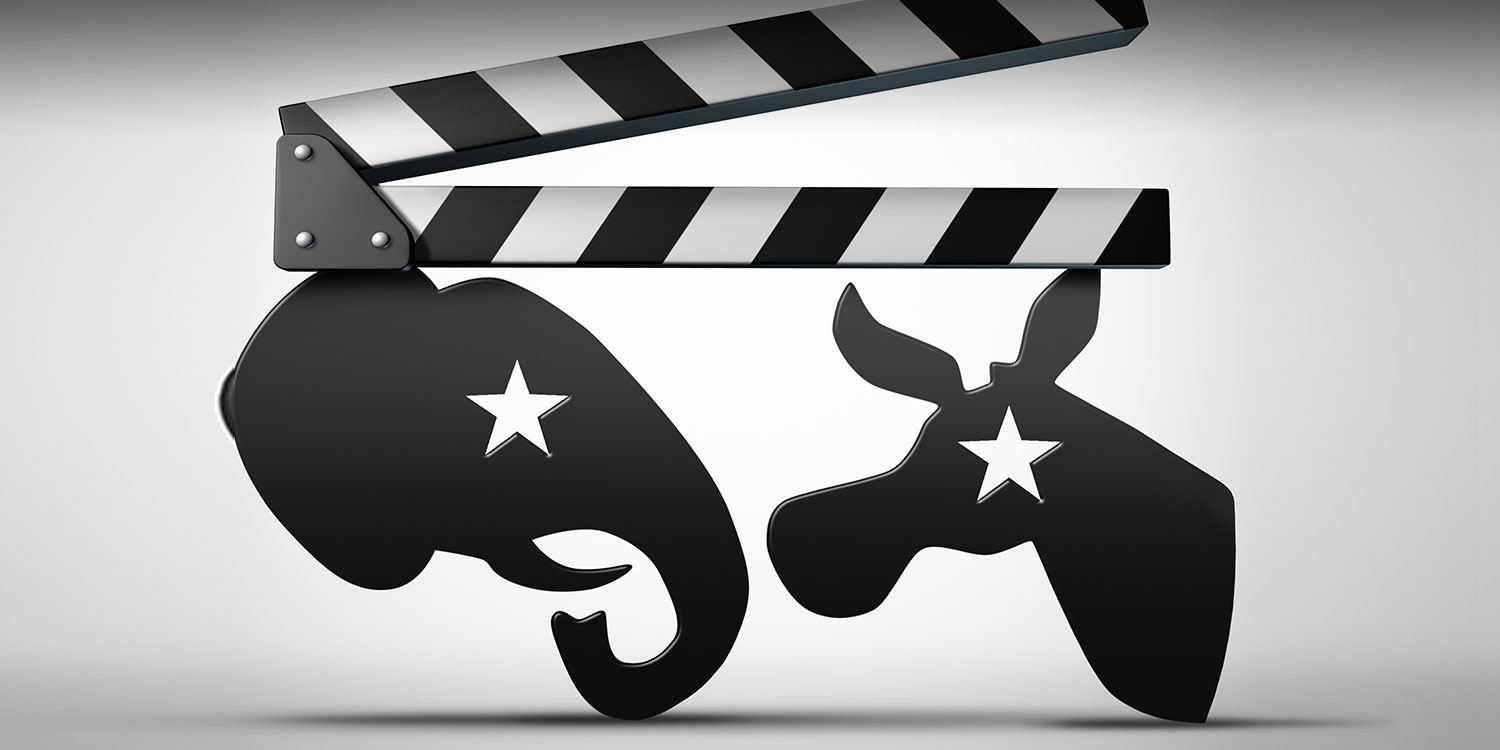 The lab looks at evidence from the first 2020 presidential debate that suggests that the mere frame [...] 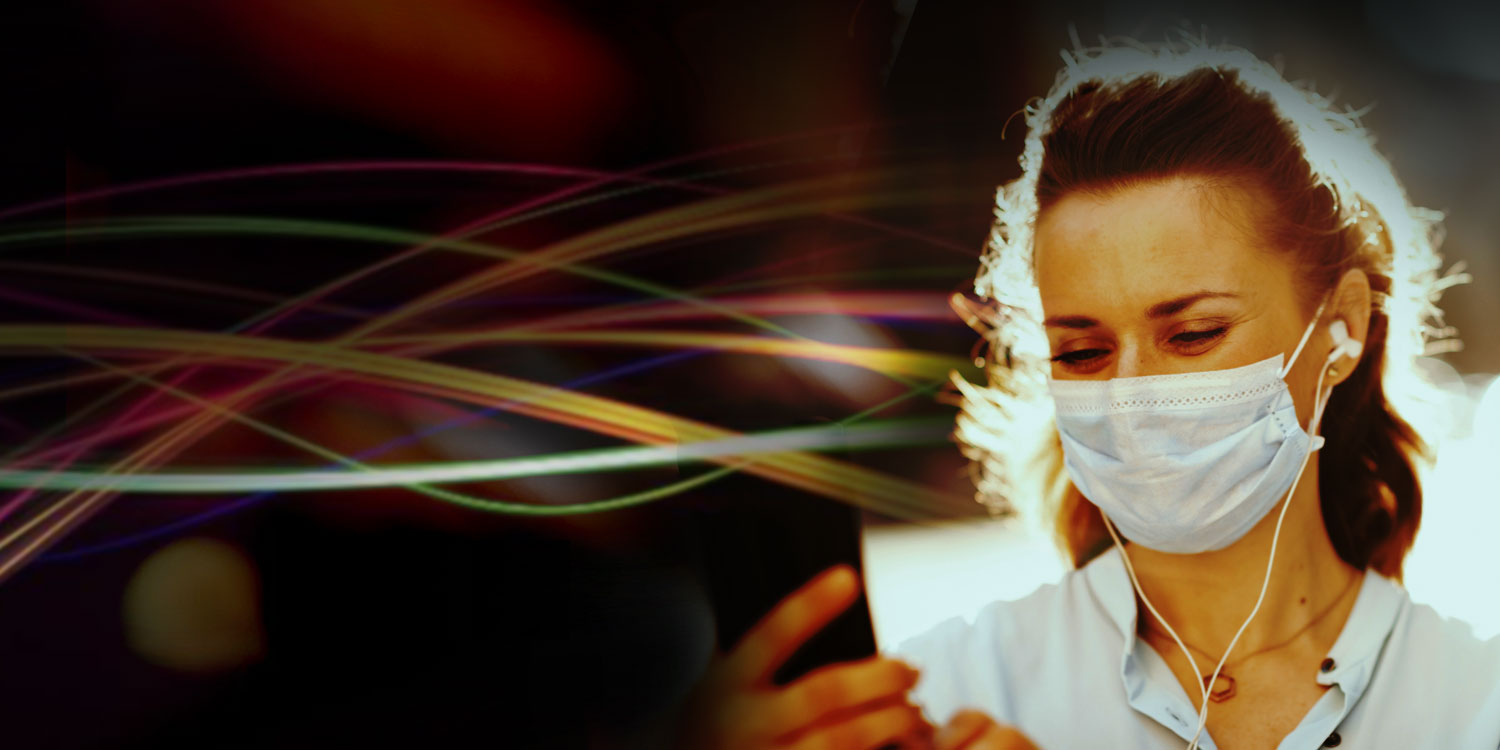 Why Sonic Brands Need to Adapt to Our Moods Made Music

Made Music and Sentient Decision Science set out to investigate whether the current culture in the U [...]